Google’s equivalent of Where’s Wally; Crowdsourcing – what is it, why is and why I need to know about it and the raging topic of the week Kevin Rudd’s exit as Prime Minister all feature in this weeks FutureTech segment, as I join Phil live in the ABC radio studio, Jeremy in Singapore and Phil Whelan broadcasting on HK3 in Hong Kong.

Listen to this weeks segment now, or listen each Friday at 11.20 a.m. (Aust EST) and join me on Twitter for in between news and views from the future.

Doctor Love – Business is all about the feeling

Neuroeconomist Paul Zak has discovered that social networking triggers the release of the generosity-trust chemical in our brains called Oxytocins.

A fascinating look at the human hard-wired side of what triggers us in business and spot on with my philosophy that at the end of the day each of us is an organic being and what motivates us to do anything are our molecules resonating, what we have learned over time is how to interpret these and give them higher order values, functions and labels. 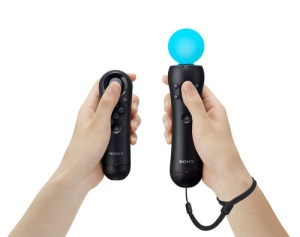 3D, virtual reality, motion sensing consoles all spearhead the new and not so unusual in this weeks gaming industry’s annual E3 expo in Los Angeles is the starting point of this weeks on air discussion between regular hosts Phil and Beverley, Ryan Egan of Tech Talk and me.

Next up we found out that 72% of those on line in Australia in April were in social networking sites for an average 7:19:13 hours, the highest average monthly use of any country in the world; before turning our attention to online protests being staged by Chinese workers at the Honda parts factory in Zhongshan an unusual and bold movement in contrast to our beliefs of what is possible on line in China.

Hong Kong radio’s Phil Whelan joined us to look at a recent prediction that China will overtake Japan to become the world’s second largest advertising market within five years and that within 2 years it will become the second biggest consumer of online gaming, just behind the US.

Busy segment, word of the week competition, lots of laughs and mayhem abounds as we take our weekly look at technology and the future.

Foxconn the China based technology manufacturer that has had a spate of workers suicides over the past few months has threatened to close their China factory and move to Vietnam and leave 800,000 Chinese workers unemployed – this disturbing dummy spit leads the segment and our discussion between Phil and Barbara of the ABC Today program, my friend and guest this week Donna Hanson (the technology translator) and me. As you’ll hear my take on this is it is posturing by the firm and their way of telling the world to stop picking on us or we’ll take out bat and ball and go and play somewhere else.

The launch of iPhone 4 of course takes up some air time as Donna and I run through the features and benefits of the new stuff, before we turn our attention to National Cyber Security week and a timely reminder of why we need to be careful on and off line.

Hong Kong Phil joins us and tests Donna’s mettle by asking her to translate what a transmogrifier is, before we move on to talk about tech news of the week.

Great segment, interesting guests the usual laughs and mayhem all made up this weeks very interesting segment.

The official Apple video tour of the new iPhone 4. Is it enough to get you to upgrade your existing iPhone or to switch phones? 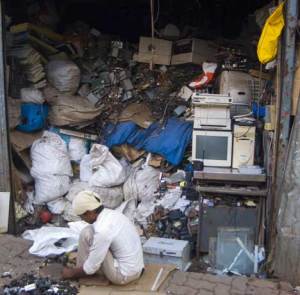 A heated debate on computer recycling and whose responsibility it is started this weeks on-air discussion between Phil and Sally of ABC Radio Australia, Danny Gorog guest co host and myself.

This soon moved into the next big debate about online privacy and Facebook and again who is responsible for that (my shortcut answer is we are and that we should only ever post something online that we are comfortable shouting in a busy off-line marketplace).

This then quickly moved across to a discussion with Phil on Hong Kong radio where we picked up the threads of Facebook privacy before changing tact and talking about some great medical innovation over the last few weeks including a patient leaving hospital with an artificial heart and the announcement that it may soon be possible to regrow our own teeth in only a few short weeks. We even had time to fit in a quick chat on a scientist who infected himself with a computer virus.

Great segment, interesting debates, word of the week and the usual laughs and mayhem all made up this weeks very diverse segment.