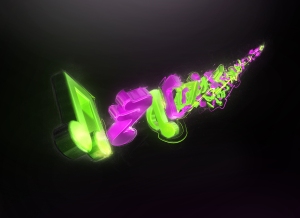 In this weeks segment on ABC Australia Adelaine Ng and I talked about the future of music, the next wave of storage and listening devices, subscription and streaming models and in an interesting “back to the future” shift we see how artists are going direct to fans and relying less on the middlemen to produce, distribute and promote their music.

Interesting food for thought and real lessons for many other industries.

and listen each Thursday at 4.35 p.m. on Radio Australia

No Cash in Hand

With a new breed of contactless credit and debit cards, and apps tipped to transform your smartphone into a digital wallet, a cashless society seems to be on the cards.Not so long ago, in an airplane similar to this one, overseas travellers kept a sweaty stash of foreign currency and paper cheques in a money belt fastened securely around their waists. Today, Australian business travellers, such as Brett King, who’s just covered six countries in nine days, need only carry plastic cards and a mobile phone.

“In Europe, I can go on trips for a week to 10 days and never use any cash,” says the New York-based financial services adviser and author of Bank 2.0 (Penguin Books Australia, $45). “In London, I use my mobile to pay for cabs. In fact, in some places I visit, it’s more important I have a local phone number than local currency,” says King.

All around the world, coins, notes and the wallets in which they’re carried are being replaced with smarter and more streamlined payment methods. In Kenya and the Philippines, people manage and transfer money using mobile phones. In Amsterdam, retailers often display ‘cash not accepted’ signs; in London, about 80 per cent of all trips on public transport is paid for with credit-based Oyster cards; and, in the US, the recent launch of the Google Wallet app is tipped to transform mobile phones into digital wallets.

Australia, too, is progressing towards doing away with cash altogether and, as a result, changing the way people spend money and do business. “Australians have been moving away from cash since the first credit card was introduced here in 1974,” says Morris Miselowski, a business futurist who believes we’re witnessing a “perfect storm” of technologies that will eradicate the need for hard currency.

“We are definitely moving towards a cashless society. We have it at the moment – and we’ll go one step further in our evolution,” he says. “I can almost guarantee that by 2015, very few of us will be carrying around plastic cards, everything will be centralised onto a mobile device.”

Evidence for this is certainly mounting. According to the Reserve Bank of Australia, in the last financial year, card-based transactions in Australia rose 10 per cent to about 3.7 billion, representing spending of $365 billion. Over the last three years, cash withdrawals from ATMs have decreased, EFTPOS payments increased, and 72 per cent of Australia’s bill-paying population is now using BPAY, with 89 per cent of BPAY payments being made via the internet.

The internet has also been a huge retail game-changer. Online payment giant PayPal recorded a 23 per cent increase in revenue to $992 million in the first quarter of 2011, year on year. It’s also seen 10 per cent of its users make mobile payments, up from just one per cent last year. “It’s been quite extraordinary to see,” says Frerk-Malte Feller, managing director of PayPal in Australia.

The rise of virtual currencies such as Bitcoin, World of Warcraft Gold and the newly launched Facebook Credits are also predicted to erode the necessity for cash in our lives. “It’s not a big step to move from virtual products to real products,” explains Chris Hamilton, CEO of the Australian Payments Clearing Association. “The more people spend their lives in the virtual world, the more value there will be in virtual currencies and the more that will cross over into real currencies,” he says. Already, a new job sector has been created – a recent report from the World Bank Group’s infoDev branch estimates that more than 100,000 poor or unskilled workers in countries such as China and India now earn a living playing online games to ‘farm’ virtual currency for wealthy gamers, who then buy it from a third-party website.

The internet has also given rise to a sharing economy – where people swap, lend, rent or share products or services – that IT research group Gartner believes is now worth more than A$104 billion. Sharing with our peers has existed, of course, throughout the ages, but cashless online payment methods are allowing entrepreneurs to build businesses around the idea of reducing consumption and waste while still turning a profit.

Along with car sharing – predicted by Frost & Sullivan to be an A$3.3 billion enterprise in the US by 2016 – the share economy has seen an increase in peer-to-peer financial lending, also known as social lending or crowd sourcing. “Crowdsourcing is the notion that there are people around the world willing to invest in your business or idea if given the chance,” says Miselowski. “It’s a growing phenomenon that’s been around forever but has grown substantially over the last two to three years thanks to the internet.”

This aside, cash is still alive and kicking in Australia, with about 65–70 per cent of household transactions paid for with hard currency. The majority of these, however, are for items or services less than $25. The introduction of contactless ‘tap and go’ credit cards like Visa payWave and MasterCard PayPass are expected to dramatically reduce this figure, as they’ve done in countries such as New Zealand.

“In New Zealand, the average person makes 261 transactions per card [per year], representing a value of $10,600, compared to Australia, which records 173 transactions to a value of $16,400,” says Mike Ebstein, director at MWE Consulting, which specialises in debit and credit card analysis. “The reason for this is that in New Zealand a significant proportion of what are typically cash transactions in Australia have been replaced by cards.”

Contactless smart cards are just the first step in a three-tier plan by Visa to create faster, easier customer-payment systems that reduce waiting times and the expense of cash transactions. “Step two is to take the experience onto a mobile phone,” says Vipin Kalra, country manager of Visa Australia. “The third will be to take that payment experience and create a digital wallet on a mobile phone or device, so the internet and mobile worlds converge.”

So will these changes affect the way we spend? Yes and no, say the experts. “They won’t cause us to spend more or less, but they will alter the way we spend – in the same way as, 20 years ago when you couldn’t use a credit card at a supermarket; now they’re standard fare,” says Ebstein.

However, Adam Ferrier, consumer psychologist and founding partner of Naked Communications, disagrees. “We tend to spend more when we don’t use cash,” he says. “Cards make spending feel more like an abstract concept and, therefore, the consequences of the spending are minimised.”

Ingrid Just from consumer group Choice says, “When you’re less engaged in that transaction process, there is potential for someone to spend more frequently,” but thinks it’s actually security, not debt, that most concerns customers. “When [contactless smart cards] have been tested across the country, fears will be allayed. We’ve done a top-line look at international markets and there haven’t been any major security breaches, so that’s heartening. Having said that, in the last six months in Australia, people have been alarmed by online security breaches and the malfunction of internet banking. It plays on people’s minds,” says Just.

King argues that cash is the least secure payment method available. “It can be easily stolen, it’s not particularly efficient – we have to physically go to a place to get cash,” he says. Cash is also expensive. A 2010 study in Europe by Visa found that all payment methods (cash, cheques and cards) equate to two to three per cent of GDP, with cash accounting for more than two-thirds of that cost. Independent analysts also suggested that every year in Europe each person spends about 200 euros to cover the cost of cash. Moving toward a card-carrying cashless society should, therefore, have a positive impact on the bottom line for governments and retailers alike.

According to Miselowski, digital wallets could actually help us spend our money more wisely. “These devices will become increasingly clever – the apps will begin to talk to each other, they’ll understand your spending habits. If you want it to, the device could even coach or prompt you and help you avoid racking up debt,” he says.

While cash is unlikely to entirely disappear from the face of the earth, cashless technology is the future – and the banks can sink or swim, says King. “The young kids coming up, you try telling them to use a chequebook – they don’t get it,” he says. “Either the banks can continue to say they’re wrong, or they can start to think about it from a customer perspective.”

And if they don’t? Like the publishing and music industries before them, they’ll be left behind. “Google and Apple and PayPal will all build payment interfaces that are simpler,” says Brett. “They’ll do the complex back-end with the banks, but the banks’ margins on the transactions will be a lot lower and they won’t own the customers anymore.”